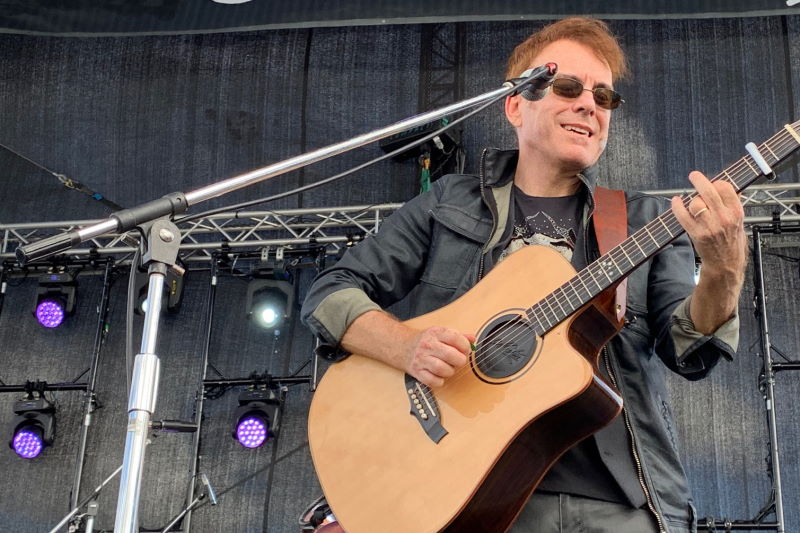 Allan Cameron started his musical path in Tamworth in the originals band “Cornerstone Rock” performing their mostly original gospel country/rock material quickly becoming a sought after NSW act. He then made the move to Sydney working his way up the gruelling Sydney originals ladder in the band “Sebastian Brik” going from small corner pubs such as Randwick Racecourse Hotel all the way up to choice supports at larger venues like the Coogee Bay Hotel and Caringbah Inn.

Making the move to Brisbane with his song writing partner, Allan then joined the top Queensland/Australian touring act “Rusty and the Ayer’s Rockettes and went on to tour all of Australia playing to crowds of thousands at a time earning the nickname “Allan Barnes” for his wild vocal performances.

Allan appeared with “Rusty and The Ayer’s Rockettes” in Hong Kong as an Ambassador Artist for Expo and this amongst his other achievements has placed him in demand as a session vocalist and guitarist, also called on as a musician/singer for many live acts.

After “Rusty..” Marlon Holden, Peter Clark and Keith Urban formed the band “Three Magic Words” and when Keith had to leave to follow his solo career Allan was asked to come in to fill his place and they became one of the most respected Queensland acts, a band that is still talked about as the one to aspire to. Keith returned to the fold for a time making the band 4 piece and then when his solo material began being noticed Allan, Peter and Marlon became the base for his touring band, certainly one of the most important times in shaping Allan’s musical future.

Since 2005 the “Allan Cameron Band” has been Allan’s platform for his original material and exciting live show and since 2007 Allan’s band has headlined the Betta Electrical International conferences in Hanoi, Istanbul, Hong Kong and Madrid.

Whilst performing with many acts, Allan still writes and records his own material to compliment his three released albums-“Party of One”, Man Made New” and “Second Chances” and also is involved in producing for other artists such as Kylie Vincent’s recently released album “Renewal” and writing music for movie script submissions including Tom Galbraith’s “One Good Year in Seven”.